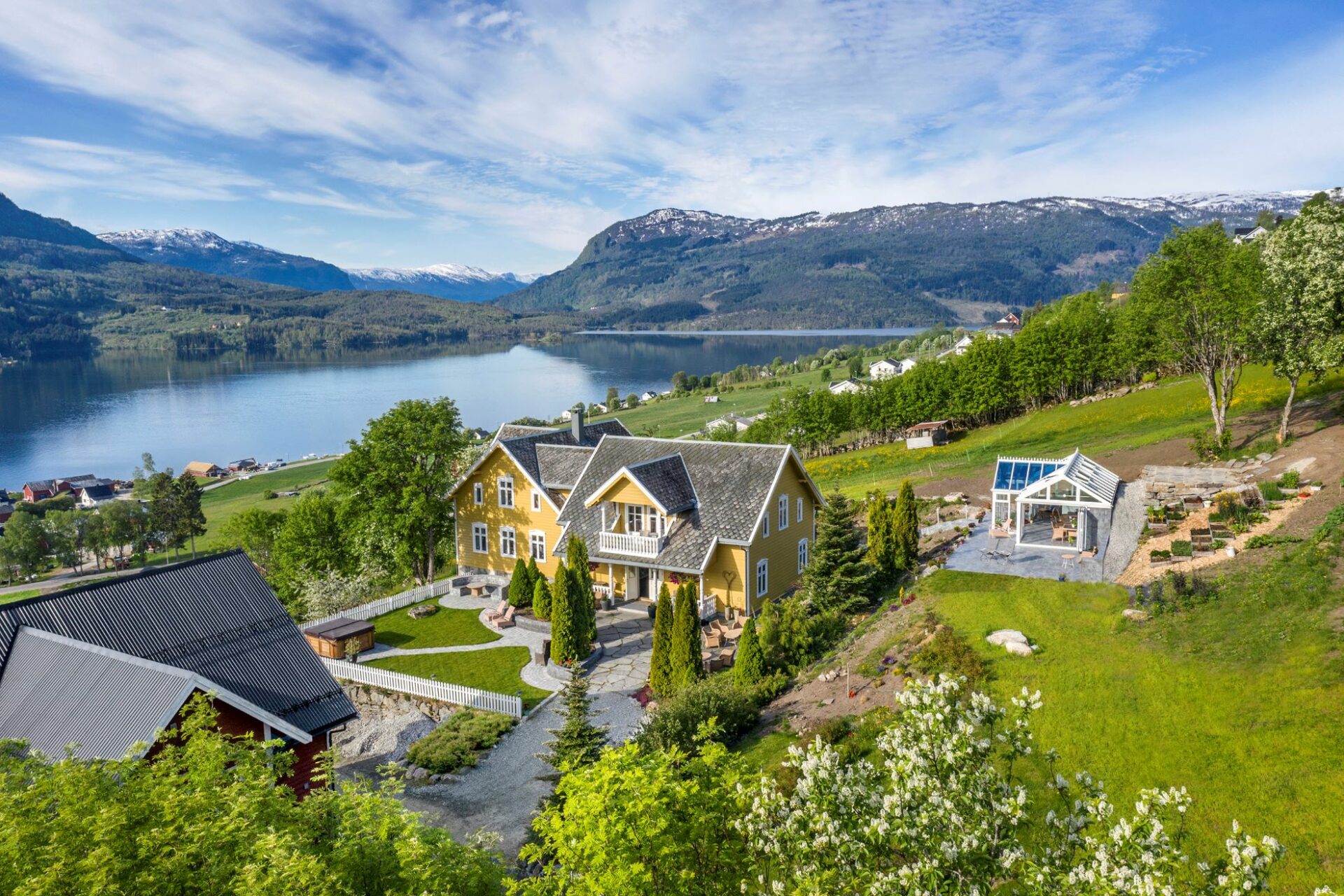 BesteBakken is an exclusive, charming place where adventure, culture, and good food are focal points.  The buildings are modern and comfortable, rich in tradition, and offer a cozy, homey atmosphere.  Our goal is to stimulate the senses through a wholeness of experience – creativity and development, food and drink, wellness, lodging, and activities.  You’ll ﬁnd us in Hafslo, in the county of Luster, innermost in the Sognefjord.

Facilities at BesteBakken
BesteBakken has 14 bedrooms with 32 beds, along with 12 modern baths. All the bathrooms are exquisitely tiled and several are equipped with bubble baths and  showers. On the property, just outside the main building you’ll find an outdoor jacuzzi. From just about anywhere on the property there’s a magnificent view over Hafslo and Lake Hafslo.

Live every minute of every hour while you can
Fill your heart with happiness
Let it show when you smile
Many things disappear or change over time
Life is now, not later

BesteBakken was originally a small mountain farm and was built by Ola Olson Alme. Alme was born in 1885 and he came into the property in dowry through his marriage to Brita Tang, the daughter of the Tang family of Hafslo.   He built the house himself in 1910 when the couple were newlywed. Ola and Brita had three children, but only two survived to adulthood. According to village lore, Brita was the prettiest girl in the town of Hafslo. She was born in 1889 and only lived to be 29 years old. Eight years after she married Ola, more precisely in September 1918, she died of the Spanish Flu and Ola was left a widow with two small children to care for. He never re-married and lived alone on the farm until he passed away in 1964.

Ola spent much of his time traveling around the county in order to find enough work to sustain himself and his two children, who, according to Svein Solheim and Per Tang, spent much of their childhood with relatives on the Alme farm. Svein and Per remember well what it was like at BesteBakken when they were little. Ola kept a hired hand who helped on the farm. There were cows, sheep, pigs, and chickens in the cowshed and the water to run the farm came from the nearby well. There was also an outhouse on the property, which was typical for farms from this time period. There was no road up to the farm so goods were transported by horse or on foot and electricity first came to BesteBakken in 1945 after the Second World War.

Getting here
The flight from Oslo’s Gardermoen Airport to Sogndal takes 40 minutes, and from Bergen’s Flesland to Sogndal the flight is only 20 minutes.

We provide transport  to and from Sogndal Airport as well as from other locations in Norway.