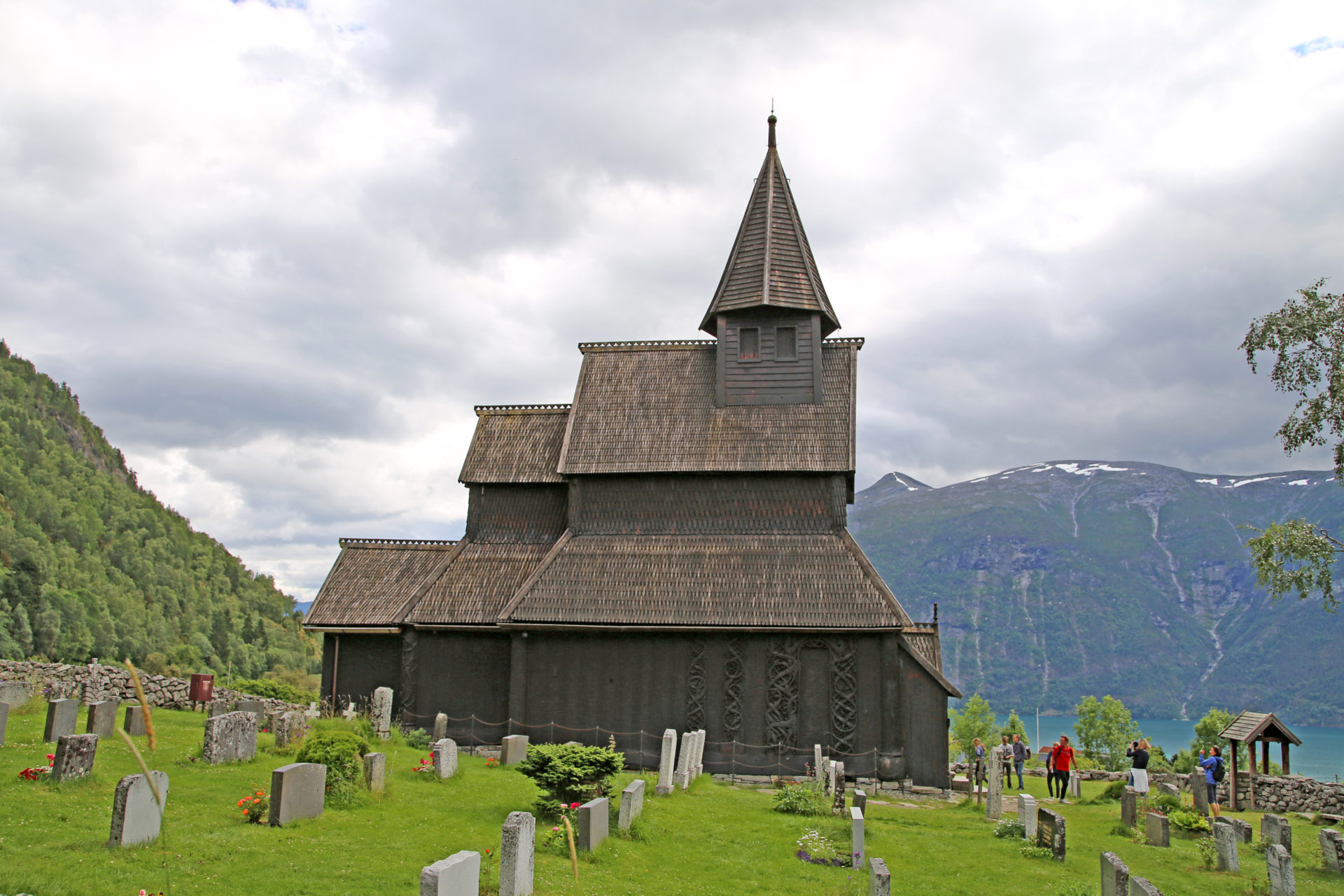 Urnes Stave Church is the most important cultural-historical attraction in the municipality. She was built in the early 12th Century, which makes her Norway’s oldest stave church. The church is especially known because of its woodcarvings and interior, and it is also known that the northern portal is particularly important. The church was added to UNESCO World Heritage List in 1979 together with Røros.
You can go from BesteBakken to Urnes by ferry from Solvorn, or by car from Skjolden on the south side of Lustrafjorden. It takes approx. 20 minutes to walk from the docks in Urnes to the church.

Borgund Stave Church, Lærdal, was built in 1180. Church is regarded as the best preserved stave church in the country, and one of our greatest national treasures.
Situated by E16 between Lærdalsøyri and Borlaug.

Hopperstad Stave Church, Vik, was built around 1150 and is quite interesting because of the mixture between older extensions and newer restorations. This is one of several churches in Vik, and apparently there are remains of an older post church on the area.